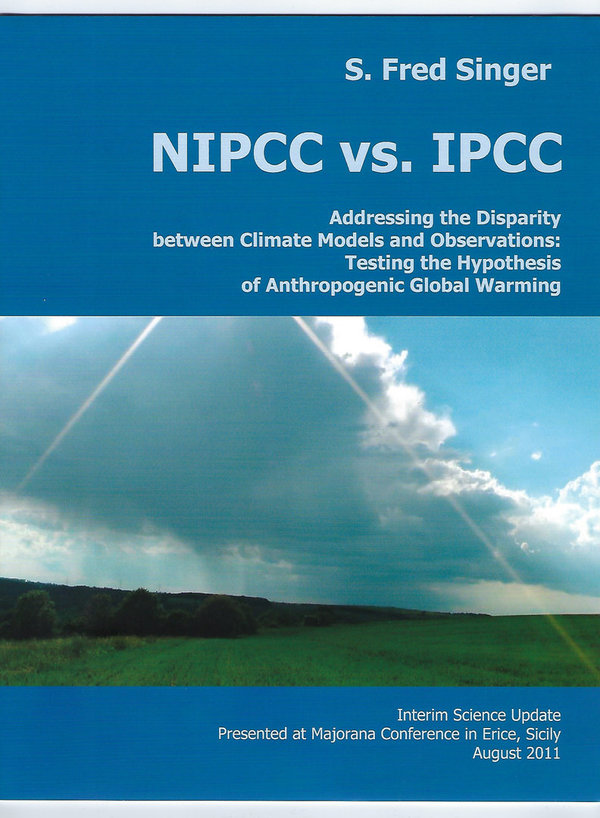 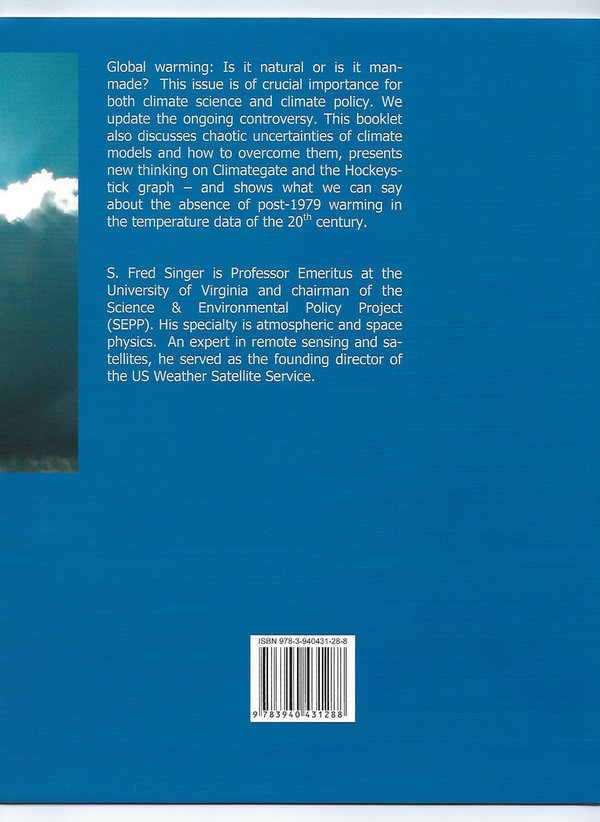 Global warming: Is it natural or is it manmade? This issue is of crucial importance for both climate science and climate policy. We update the ongoing controversy. This booklet also discusses chaotic uncertainties of climate models and how to overcome them, presents new thinking on Climategate and the Hockeystick graph – and shows what we can say about the absence of post-1979 warming in the temperature data of the 20th century.

S. Fred Singer is Professor Emeritus at the University of Virginia and chairman of the Science & Environmental Policy Project (SEPP). His specialty is atmospheric and space physics. An expert in remote sensing and satellites, he served as the founding director of the US Weather Satellite Service.